Saudi Arabia is in talks with China to price some of its oil sales to China in yuan, a move that experts say would boost the standing of China’s currency and put a dent in the U.S. dollar’s dominance of the global petroleum market.

The U.S. dollar is the world’s leading reserve currency — an “exorbitant privilege” that could be under threat, wrote Andy Kessler, founder of the Velocity Capital hedge fund, in an opinion piece for the Wall Street Journal.

With 6.2 million barrels of day of crude exports, Saudi Arabia is the world’s largest crude oil exporter, selling more than 25 percent of its oil to China. The kingdom is second only to Russia in overall oil exports to global markets, according to the Paris-based intergovernmental International Energy Agency (IEA).

The Saudis have traded oil exclusively in dollars since 1974 as part of a deal with the Nixon administration that included security guarantees. About 80 percent of global oil sales are done in dollars, according to a separate Wall Street Journal report.

Both countries have severely reduced their dependence on the dollar for bilateral trade since 2014. With Russia excluded from the global financial system as part of sanctions for its invasion of Ukraine, some dollar bears predict this is the beginning of the end of the dollar as the reserve currency. Russia will align with China and adopt the yuan or pivot to cryptocurrencies. China may start dumping dollars, Kessler wrote.

The Saudi relationship with the U.S. has deteriorated under President Joe Biden, who said during his 2020 presidential campaign that the kingdom should be a “pariah” for the 2018 murder of Saudi journalist Jamal Khashoggi. Saudi officials are angry over the lack of U.S. support for their intervention in the Yemen civil war, the Biden administration’s attempt to make a deal with Iran over its nuclear program, and they were shocked by the 2021 U.S. withdrawal from Afghanistan,

Pricing oil in anything but U.S. dollars would represent a profound shift for Saudi Arabia, according to the WSJ.

The Saudis are also thinking about including yuan-denominated futures contracts or petroyuan in the pricing model of Saudi Arabian Oil Co., aka Saudi Aramco, a public petroleum and natural gas company that’s one of the largest companies in the world by revenue.

China introduced yuan-priced oil contracts in 2018 as part of an effort to make its currency tradable across the world but it didn’t manage to impact the dominance of the dollar in the oil market.

The U.S. Energy Information Administration (EIA) ranks the U.S. as the second-largest producer in the world after Saudi Arabia for crude oil, all other petroleum liquids and biofuels. Russia is No. 3.

The U.S. imported 2 million barrels of Saudi crude a day in the early 1990s but now imports less than 500,000 barrels a day as of December 2021, according to the EIA. By comparison, China oil imports have increased.

China’s currency hasn’t caught on with international investors because it’s so tightly controlled by the government, WSJ reported. The Saudi currency, the riyal, is pegged to the dollar. Switching millions of barrels of oil trades a day from dollars to yuan and contracting oil sales in a less stable currency could undermine the Saudi government’s fiscal outlook.

“Sanctions on Russia won’t endanger the dollar right away, but wars are when transitions occur,” Kessler wrote for WSJ. “America shouldn’t risk its reserve-currency status. Inflation really will run rampant if other countries start dumping dollars. America’s privilege is worth maintaining—easier said than done.” 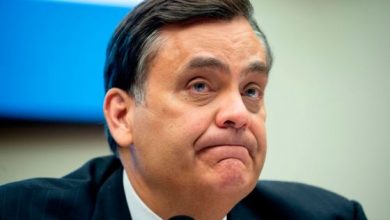 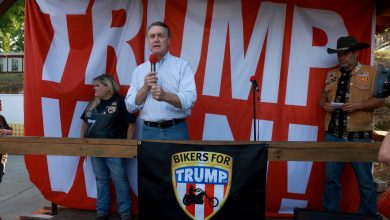 David Perdue Says Stacey Abrams Is ‘Demeaning Her Own Race’ 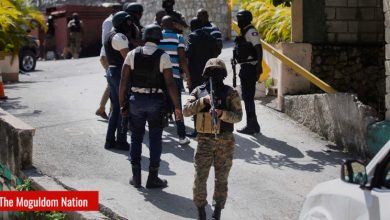