CBD is one of the principal cannabinoids found in cannabis and, along with THC, one of its best-known compounds. This molecule, which has found huge popularity in recent years due to its therapeutic potential, has led not only the scientific community to focus on its study, but also seed banks to strive to create new varieties rich in CBD, strains with different THC/CBD ratios designed to meet the needs of a growing public.

The truth is that CBD has proven to have multiple properties that are useful both in the recreational field (since it modulates the adverse effects of THC) and in the medicinal field. Recent scientific studies have proven that cannabidiol contains the following therapeutic properties:

Does CBD have any side effects?

The fact that this cannabinoid does not produce the psychoactive effect that we associate with cannabis does not mean that it is an innocuous substance, these concepts are often confused. It is true that the benefits of cannabidiol far outweigh its side effects, and that these are ultimately very mild compared to other conventional medications used to treat certain diseases.

However, it is important to keep in mind that this cannabinoid does have some side effects, especially if we are going to use it therapeutically and over a long period.

What are the side effects of CBD?

To date, there are several studies that have tried to verify the safety and toxicology of CBD when it is administered to treat certain diseases. we must emphasise that the number of trials and amount of research on the subject are limited and that more research is necessary, especially on the possible long-term side effects of frequent and continued use.

It must be taken into account that the medicinal use of CBD is still relatively recent, therefore, the scientific and medical community is still trying to find out exactly what processes are developed with its interaction with our body.

In this sense, several studies carried out on humans have determined that, indeed, CBD does seem to cause some side effects, although in no case are they serious consequences for health. Some of the participants in such studies, such as the one conducted to determine the safety and effectiveness of CBD in treating epilepsy, reported the following side effects:

Other possible adverse effects of CBD

Apart from the human studies that we just mentioned, there are also others that have been carried out with animals or in vitro (upon cells inside test tubes). The general conclusions are that CBD is a great candidate for the medicinal field due to its high safety profile, since it does not cause serious damage to our body. These scientific investigations also indicate that there could be some milder adverse effects:

CBD has interesting therapeutic potential to treat different pathologies, but it is not a miracle substance: further research is needed to reach conclusive results, both regarding its effectiveness and its interactions with the body.

CBD in interaction with other medications

Due to the properties of this cannabinoid to relieve the symptoms of various ailments, its use is being implemented at a therapeutic level to treat diseases in some countries. However, it is important to know that CBD affects the effectiveness and side effects of other drugs when they interact. It is vital to take this into account, especially if cannabidiol is used as an adjuvant, which is a treatment that contributes or helps to solve the problem or disease in a supplementary way.

It has been found that, apparently, CBD interacts with a liver enzyme called cytochrome P450 that is responsible for metabolising most drugs (including pharmaceutical products). Apparently, administered in high doses, CBD could inhibit the action of this enzyme, and therefore alter the liver’s metabolic processes of other medications. A special emphasis is made on the dose, it seems that in low amounts this does not happen; therefore, it is essential that there a professional is responsible for the prescription of any treatment.

Medicines whose effect can vary in interaction with CBD

Here is a list of drugs to which you should pay special attention if you are going to consume CBD:

How to make cannabis creams and ointments with CBD

The medicinal use of CBD has grown enormously over the last few years. In this article we share a recipe to allow you to prepare your own CBD cream at home, using a simple and effective method, which as you will also see, can help you to treat a wide range of ailments.

The consideration of CBD by scientific bodies

CBD is considered NON-toxic, and has a very high safety profile. As mentioned above, its side effects are mild compared to other commonly prescribed medications such as benzodiazepines.

Science has shown that this cannabinoid has many properties that can be beneficial to health, and throughout history, there have been no recorded deaths from overdose of CBD or any other cannabinoid.

In fact, at the beginning of 2017, the United States National Academy of Sciences published a report where they analysed the efficacy of cannabis and classified its use as “effective medicine“. This is because CBD is successful against various pathologies. The committee that prepared this report, among which are representatives of the best universities from all over the country, considered more than 10,000 published studies for its analysis, from which it was able to draw almost 100 conclusions. It has been more than 15 years since the institution published similarly good results on cannabis.

The World Health Organization, in a report published in November of that same year, also endorsed that cannabidiol has a high therapeutic potential and “is not a dangerous substance for public health.” This conclusion was based on multiple studies showing that its benefits have served to relieve anxiety, nausea, seizures, inflammation and even inhibit the growth of cancer cells.

The WHO report also stated that there is no evidence that cannabidiol is addictive, while ensuring that there are no proven cases of abuse or dependence on the substance in humans, nor is there any evidence of the appearance of pathologies associated with its use.

CBD and side effects: conclusions

The WHO’s endorsement of CBD was received as great news for the cannabis community and, although some consider it to be insufficient and call for the recognition of the plant as a whole, there is no doubt that this is a first step towards lifting the stigma around cannabis.

However, as we have been able to verify, CBD is not an entirely innocuous substance, and it should be taken into account that it does produce some side effects, and especially pay attention when it is used together with other medications for the treatment of any disease.

More research and clinical trials on the matter, especially its long-term effects, are still needed. We still have a lot to learn about this interesting cannabinoid and how it acts in our bodies.

Kanye West Claims He's Worth $10B — But What's His Real Net Worth? 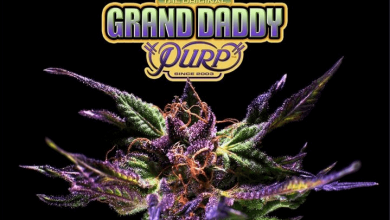 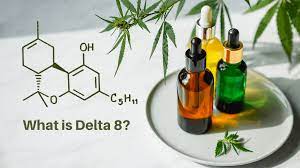 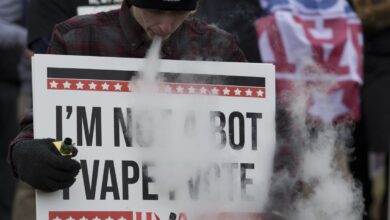 Vaping ban in the US coming this summer 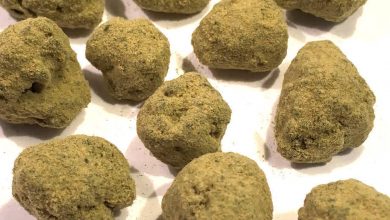