U.S. Supreme Court Associate Justice Clarence Thomas has been hospitalized for six days, according to reports. The SCOTUS is being tight-lipped about Thomas’ exact illness, leading some to speculate he has covid-19 or other another fatal illness.

The Supreme Court announced in a press release on Sunday, March 20 that Thomas had been hospitalized at Sibley Memorial Hospital in Washington, D.C. on Friday, March 18, with “flu-like symptoms.”

“He underwent tests, was diagnosed with an infection, and is being treated with intravenous antibiotics. His symptoms are abating, he is resting comfortably, and he expects to be released from the hospital in a day or two,” the release said, noting that Thomas would “participate in the consideration and discussion of any cases for which he is not present on the basis of the briefs, transcripts, and audio of the oral arguments.”

On Wednesday, March 23, a SCOTUS spokeswoman told the media she had no update to provide, ABC News reported.

The lack of information on Thomas’ condition has led people to speculate on social media about the exact cause and seriousness of his illness.

“I am getting #HermanCain vibes from the #SCOTUS statement about #ClarenceThomas. After Cain went into the hospital for #COVID19, we only heard positive things from his staff about how ‘strong’ he was – until he died a month later,” @SnarkAmendment tweeted.

A March 23 Associated Press article reported that Thomas would be absent for a third day of deliberations in cases being reviewed by the court.

“An hour ago: ‘BREAKING : Clarence Thomas is reportedly very ill and using ventilator.’ Sadly for Thomas, the Heavens may be opening another place on SCOTUS, and limiting Ginni’s influence,” a Twitter user wrote in response to another user’s question about Thomas’ whereabouts, citing an article from The Associated Press as his source.

However, the report did not say that Thomas was very ill or on a ventilator.

“Justice Clarence Thomas has not been in the hospital since Sunday. The Court disclosed that he was in the hospital on Sunday when it became clear he was unable to return to the Court Monday morning,” @Andie00741 tweeted on March 23. “Thomas has been at Sibley Hospital since Friday. Today isn’t day 3. It’s day 6!”

“Wow. The change in stance from the Court stating he is in the hospital over the last two days but refusing to state whether he is still in the hospital today is interesting as well,” @Andie00741 added in follow-up response.

“Clarence Thomas has missed Supreme Court arguments for the third straight day today. On Sunday, the Supreme Court said he expected to be released from the hospital in ‘a day or two.’ They have said his diagnosed infection is not COVID,” podcast host Brian Tyler Cohen tweeted.

“I have a hard time believing it’s not Covid related. If he hasn’t tested positive for anything else, it could be a complication from an initial Covid infection that has cleared, but left him with pneumonia,” @Lisadelivers responded. “We don’t know how long he’s been sick or what tests he’s had or results.”

“Lindsey may get the chance to vote for his fave Michelle Childs sooner than he thought,” user @notcapnamerica tweeted.

“If Justice Clarence Thomas doesn’t make it, we should respectfully wait as long as Republicans did when they replaced Ruth Bader Ginsburg,” @MayoIsSpicyy tweeted.

If confirmed, Jackson will be the first Black woman in history to serve on the Supreme Court.

PHOTO: Justice Clarence Thomas sits during a group photo at the Supreme Court in Washington, on Friday, April 23, 2021. Thomas has been hospitalized because of an infection, the Supreme Court said Sunday, March 20, 2022. Thomas, 73, has been at Sibley Memorial Hospital in Washington, D.C., since Friday, March 18 after experiencing “flu-like symptoms,” the court said in a statement. (Erin Schaff/The New York Times via AP, Pool, File) 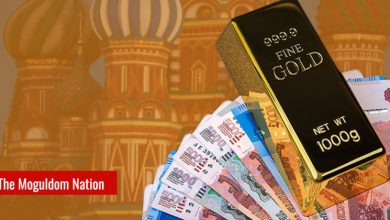 Is The Russian Ruble Already Backed By Gold? 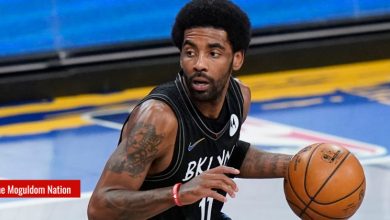 I’m Not Going To Be Used In This Agenda 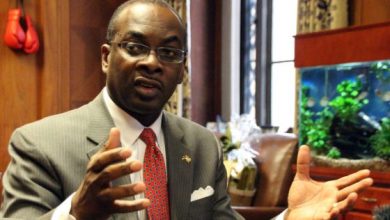 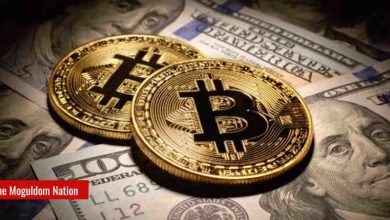 IRS Loads Enforcement Gun For Billions In Crypto Seizures In 2022, 93 Percent Of All Seizures Were Crypto In 2021