After the 2020 election, Black women were celebrated for “saving democracy.” But Black women are more than a political saving grace and deserve to be recognized as leaders worth supporting.

While there are notable exceptions, Black candidates often do not get the same funding, infrastructure and institutional support as their white counterparts.

A recent article from Axios spotlighted alleged concerns from Democratic donors and insiders that going all-in on Black candidates might not yield the desired outcome. The article quoted a Democratic consultant backing former DNC chair Tom Perez as saying the party ran three Black candidates statewide previously and none of them won.

Yet, somehow, no one dares challenge Robert “Beto” O’Rourke’s run for governor in Texas following his expensive failed bids for president and U.S. Senate. The double standard when it comes to Black candidates, particularly Black women, is glaring.

New York Congresswoman Shirley Chisholm gives the peace sign to a crowd of protestors as she speaks to veterans on the Washington Mall in Washington, D.C., April 1971. | Source: New York Times Co. / Getty

The alleged concern about the electability of Black candidates in statewide elections is grounded in fiction that voters won’t support them. But Black women candidates have been breaking barriers for generations.

Aimee Allison, founder and executive director of She the People, a nonprofit group amplifying Black women in politics, has spent the past few years as a part of national efforts to shift the narrative of electability of Black and other women of color candidates.

“There’s a system that tends to exclude us or say that we’re not electable in states or in districts where there’s been a long line of white basically white dudes who held that office,” Allison told NewsOne. “We have to be willing to play hard and in primaries, if we want our candidates on the ballot.”

She pointed to the uphill battle Rep. Ayanna Pressley faced when she was first elected in 2018 as an example of the importance of supporting Black women candidates when it matters and not just once it’s popular.

“There’s not a lot of institutional support for women of color, who are running in states dominated by the old-timers of a party infrastructure or donors who think that the woman of color doesn’t look like a leader,” Allison said.

“If Barack Obama could win Nebraska in 2008, Alicia Shelton can win in 2022,” she said. “She’s running in a state that is written off as red. And yet, having someone who holds her values at a time when the balance of power in [Congress] is at stake we need to get behind, in the primaries, the strongest reflection of the base of voters.”

Scott and Shelton are among the 22 candidates supported by She the People in this cycle. The group is working to expand women of color leadership with local candidates like Erica Crawley running for the Franklin County Board of Commissioners in Columbus, Ohio to those running statewide like Rochelle Garza running for Texas Attorney General.

Rep. Val Demings in Florida and Cheri Beasley in North Carolina have essentially cleared the field in their respective primaries for the U.S. Senate. Without Vice President Kamala Harris, there are no Black women in the Senate. Both seats are in play and could strengthen Democratic control in the Senate.

Allison sees the largely untold story of electoral victories in 2020 as being part of the problem. Part of telling that story in its full glory requires data and analysis from a viewpoint that recognizes the value in Black women’s leadership.

“Data can help us craft new narratives about what’s possible,” she said. “When we don’t have data, some really important candidates get swept under the rug.”

As previously reported by NewsOne, a 2021 report from the Donors of Color Action Network found that Black candidates running for state legislature had a higher overall win rate than their white counterparts. Per the report, 76.1 percent of Black Democratic candidates who ran for legislative positions won their races as compared to their white counterparts. Based on the report, Black Republicans had a lower win rate than their Black counterparts.

Black women continue to defy the odds and stereotypes of who is electable. Louisville organizer Keturah Herron won a special election becoming the third Black woman and the only openly LGBTQ+ person to currently serve in the Kentucky General Assembly. When Scott was elected in 2016, she became the first Black woman to serve in the Kentucky legislature in nearly 20 years.

Black Women Deserve More Than ‘Thank You’ And Flowers

Representation alone does not solve the problems facing Black communities. However, uplifting Black women candidates with a politic and commitment to improving the means and conditions of their communities can make a significant difference in people’s day-to-day lives.

Lauren Bealore, director of democracy for the State Innovation Exchange, echoed Allison’s sentiments about the importance of investing in Black women as leaders shaping democracy. In a blog post for the Brown Girls Guide to Politics, Bealore spotlighted what she termed “the dual consciousness of democracy” where Black women remain critical to upholding democracy but remain underrepresented in state legislative office.

Even in her own career, Bealore said she has tried to make sure she wasn’t pigeonholed in any one position. That motivation has driven Bealore in making sure Black women legislators, like Scott and Herron, have the support they need to be successful in the legislature.

“I’m a firm believer in bridging the gap, moving the needle and then saying the thing that needs to be said,” Bealore insisted. “We need Black women and recognizing their underrepresentation overall in this industry, to have a functioning representative democracy in this country.”

Kamala Harris is sworn in as vice president by Supreme Court Justice Sonia Sotomayor as her husband Doug Emhoff holds the Bible during the 59th Presidential Inauguration at the U.S. Capitol on January 20, 2021, in Washington, D.C. | Source: Pool / Getty

Partnering with the National Organization of Black Elected Legislative Women, the State Innovation Exchange released the report “No Democracy Without Black Women” in May 2021. Ahead of the 2022 election cycle, Black women comprise only 4.82% of state legislators.

“State legislatures are the critical front lines of the policy battles to build the world we want to live in,” read the report. “In the midst of a pandemic and economic recession that are having devastating consequences on Black women, the need for Black women to have decision-making power in the solutions to these crises has never been more apparent.”

Bealore said that Black women, who are often matriarchs of their communities and democracy, are put in a role that relegates them to supporting cast status. But Bealore added that Black women need more than gracious accolades.

“The thank you era is over,” Bealore told NewsOne. “I think that people feel like thank you is enough for Black women.” 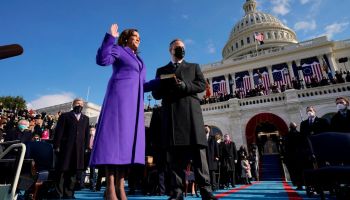 Rihanna Says She Will Be A "Psycho" Mom 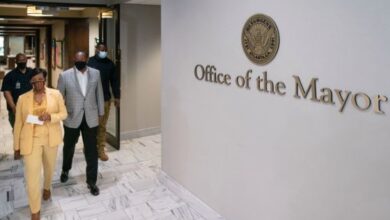 Atlanta’s Next Mayor? Keisha Lance Bottoms Knows Who ‘It Should Not Be’ 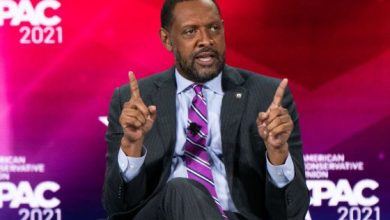 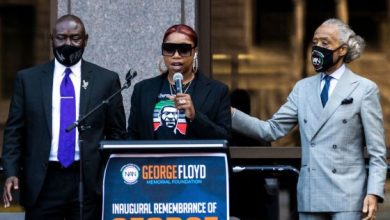