Elie Mystal, justice correspondent for “The Nation,” called the Constitution of the United States “kind of trash” twice.

He made the comments on Friday, March 4, during an appearance on ABC’s talk show, “The View,” to discuss his debut book, “Allow Me to Retort: A Black Guy’s Guide to the Constitution.”

A graduate of Harvard College and Law School, Mystal is known for his outspoken, straightforward and humorous commentary. “The View” appearance was no different.

During the segment, co-host Sunny Hostin raved about Mystal’s book, letting him know how much she enjoyed it.

“I have to tell you I loved this book so very much,” Hostin said. “The first chapter, ‘Canceling Trash People is Not a Constitutional Crisis.’ Chapter Nine, ‘The Taking of Black Land’ was another favorite of mine, and ‘Reverse Racism is Not a Thing.’ I just think it’s fantastic.”

Co-host Ana Navarro then chimed in and asked Mystal if the Constitution was “sacred.”

“I live in Florida so I’m like on ground zero of where all of this is happening. I’m out of my mind about the bills banning conversations about race and ethnicity and LGBTQ, just even mentioning gender identity in primary schools,” Navarro said.

“Some will say, are you arguing for throwing out the Constitution? Should the Constitution be thrown out? What do we do? Is it a living document or a sacred document?” Navarro asked.

“It’s certainly not sacred,” Mystal replied. “The Constitution is kind of trash. Let’s just talk as adults for a second.”

When Joyce Behar asked him what he said, Mystal doubled down on his comments and repeated, “It’s kind of trash.”

After Behar asked if he wanted to rewrite the constitution, Elie Mystal said he could “rewrite parts of it in a tweet.”

“How about popular election for the president; people vote, not land; term limits for Supreme Court justices; and how about no states’ rights when it comes to health care, elections, policing, and guns. That’s just better,” Mystal said.

People debated Mystal’s comments on Twitter. Some agreed with him, while others opposed him.

“Those who wrote the constitution, claimed that ‘all men are created equal,’ yet they owned people. Racism was codified in the document through [t]he notorious Three-Fifths Clause and the repugnant Fugitive Slave Clause,” Bishop Talbert Swan tweeted. “@ElieNYC aka ‘Don King’ to bigots, is right, it’s TRASH.”

“The next guest on my show is the great @ElieNYC. If you have questions for him, reply here or email me at mary@politicon.com. And buy his brilliant new book. It offers a compelling and airtight case against the Constitution–which really is trash,” tweeted, psychologist, author, and niece of the former president, Mary Trump.

“I disagree. @ElieNYC we have a problem with our elected representatives not enforcing the constitution,” @Hearts4Assange wrote in a Twitter thread. “I’m all ears for adding to the bill of rights. However, there are voices involved in this conversation who would like to censor & disarm the population.”

“I would like to hear Elie Mystal debate his points about the Constitution with real scholars and not the hosts of The View. His is a radical, tortured take that doesn’t account for the progress of history and most importantly forgiveness,” @AReasoned Woman tweeted. 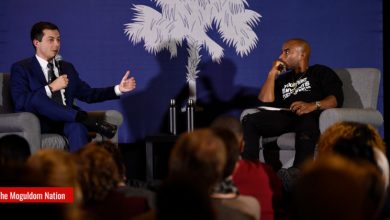 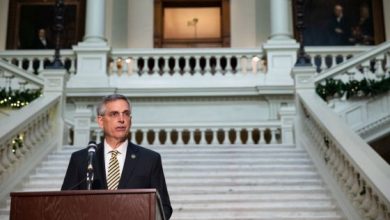 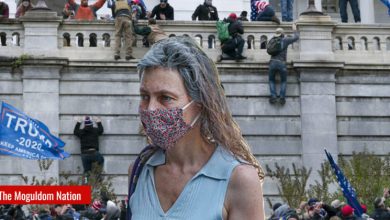 White Woman Only Gets Probation After Spitting On Black Woman 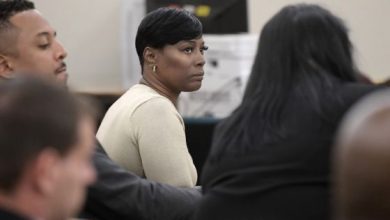