From the fuel flavoured OG Kush to the citric Lemon Haze or the typically skunky Sour Diesel, there is a plethora of flavours from which marijuana lovers can choose their favourite weed.

The main components of the cannabis plant responsible for its characteristic aroma and flavour are terpenes. They are divided into monoterpenes (10 carbon atoms) and sesquiterpenes (15 carbon atoms). Depending on their proportion, variety, and combination, they can generate thousands of different organoleptic profiles. Terpenes, along with cannabinoids, develop in the plant’s resin glands (trichomes). The higher the number of trichomes, the more intense the aromatic combination.

The reason why marijuana strains have such a special flavour is due precisely to their terpene composition. This is one of the most complex in the plant kingdom, as it consists of more than 100 terpenes, which is a much higher number than that of any other plant species on the planet. This is why the flavour of cannabis is so special, because it is produced by a complex combination of aromas that gives way to a varied palette of nuances and aftertastes.

This is a unique attribute that has captivated thousands of users due to its high degree of complexity. Each strain has its own, unique combination (with different terpene levels), which leads to an individual psychoactive and organoleptic experience.

Which terpenes are responsible for the flavour of marijuana?

As just mentioned, marijuana produces more than 100 different terpenes, of which a select group appears in a greater proportion and is therefore responsible for most of the flavours of cannabis. Marijuana’s main terpenes are:

So the flavour of each cannabis strain is defined by the combination of all these terpenes and their different concentrations. Nonetheless, we shouldn’t underestimate the organoleptic value of the minority terpenes that enrich the mix by adding layers of subtle notes.

In addition, it’s important to mention that there are other components in the cannabis plant that, to a lesser extent, have an influence on its flavour. These are flavonoids, phenols, esters, lactones, ketones, and aldehydes. Flavonoids are even capable of changing the colour of the flowers and leaves, turning them into beautiful shades of purple. If the aroma and flavour of cannabis were music, the terpenes would be the wind and stringed instruments that carry the weight of the melody. But the percussion and bass sounds of other minority instruments are also needed to complete the musical piece in all its richness.

How did the flavours of cannabis hybrids originate?

Although terpenes provide cannabis with that delicious flavour that drives us crazy, their evolutionary function is in fact to protect the plant from pests and predators, and to facilitate the reproduction of the species. This is why the unpollinated female plants release a more intense aroma, as the high terpene count that they produce is designed to attract pollinating insects.

Before the implementation of the breeding processes which were used to create the first hybrids, local cannabis strains (the ones we call ‘landrace’) were grown traditionally. These varieties were adapted to the climatic conditions of specific regions like Pakistan, Colombia, or Thailand (among others), and their terpene profiles were defined by their needs to adapt to the ecosystem.

For instance, the ‘Kush’ varieties, which are native to the Hindu Kush mountain region, have a really distinctive aroma which is different from that of the sativas that adapted to the jungle climate in the Caribbean.

When these landraces started being crossed, their adapted terpene profiles started to mix too, exponentially multiplying the range of new flavours and creating a rich palette that later expanded through breeding processes until today.

How can the flavour of cannabis be enhanced through different growing techniques?

Cannabis strains can offer a wide range of aromas and flavours. However, in order to obtain all their aromatic potential, purchasing seeds of strains that stand out in this sense is not enough in itself. You also need to carry out certain procedures during cultivation to maximise flower quality.

These are our growing tips for a harvest with top-notch organoleptic value:

What have been the most acclaimed flavours in recent years?

Every year, the modern hybrid market is fed with new strains that surprise us with their scrumptious flavours. Gelato, for instance, is one of the most valued varieties of recent times. This strain offers a complex combination of sweet and earthy tones which is reminiscent of artisan ice cream; hence its name.

On the other hand, we find strains such as Tangie and OG Kush. Tangie can produce flowers with an intense orange and/or tangerine aroma and flavour, and with a superb sweet/Skunk background; whereas OG Kush develops a marked citric and earthy profile which is sometimes reminiscent of petrol.

Another American strain that has been greatly recognised for its taste is Girl Scout Cookies. This is one of Gelato’s parents that also has OG Kush roots. GSC produces a terpene profile that leads to a sweet mix of earthy and slightly citric flavours reminiscent of freshly baked cookies.

Why are American strains so successful in terms of flavour?

The cannabis strains that have been developed in the Unites States have been all the rage amongst consumers and growers all over the world. This is owed to their potent psychoactive effect, their spectacular bag appeal, and their original combination of aromas and flavours.

This has been made possible thanks to the gradual legalisation of cannabis cultivation in the US, which has allowed for the development of new varieties in giant leaps and bounds. This has also facilitated the exchange of American strains between seed banks from other countries, which in turn has made highly exclusive, top-shelf varieties accessible to growers from all around the globe. These are available with all sorts of flavours, ranging from different types of cakes to ice creams, cocktails, fruit juices, or even sweets as popular as Zkittlez.

Above all, the US strains represent a breath of fresh air for the range of flavours that dominated the market up until just a few years ago, which includes a select group of ubiquitous families such as Skunk (with its sweet, citrusy, and spiced nuances); Haze (reminiscent of different types of wood and incense); or the more modern Kush branch (with that unique spicy and earthy touch).

This is a surprising and much needed change for those accustomed to the exquisite Dutch flavours, because, as the saying goes, “variety is the spice of life”. Therefore, the key to the American success of recent years also lies in offering users new organoleptic experiences.

The aim is to develop well-defined and highly-reproducible cannabis strains. This is similar to what happens in the wine industry, which depends on defined varieties like Chardonnay or Merlot to create high-value products. Genomic work can tell breeders of commercial strains which genes they need to pay attention to for their specific flavour qualities.

Which cannabis flavours will dominate the industry in the next few years?

It is hard to predict which flavours are going to dominate the industry in the short or medium term. What is certain though, is that with the increasing legalisation of medical and/or recreational cannabis in even more countries, and with the increased investment in R&D in the cannabis industry, the future is extremely promising. By combining the new technologies with the skill of experienced cannabis breeders, there seems to be no limits when it comes to creating new flavours.

One of the things that most surprises and fascinates users is discovering new taste experiences. That’s why marijuana, the plant that musters the greatest complexity and terpene count in the plant kingdom, is so appreciated.

In the last few years, breeding processes have been focused on the creation of strains with a high content of certain cannabinoids (strains rich in CBD or CBG); and, in the same way, selection and breeding processes could soon also be guided by terpene profiles.

Although aroma and flavour have always been taken into consideration when creating new strains, it is possible that, with the help of technology, we can begin to create varieties with very specific terpene combinations. Aside from their organoleptic value, terpenes can also offer other beneficial properties thanks to the ‘entourage effect’, and could therefore become a very useful tool at therapeutic level.
Maybe in the near future we’ll be able to find strains on the market with even more specific and complex flavours. As with fine dining, we might discover a new range of nuances as extensive as those of wine, coffee, or even craft beer.
—– 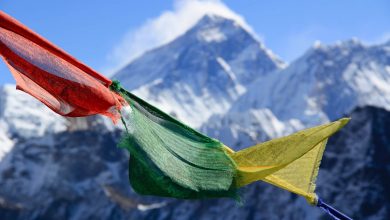 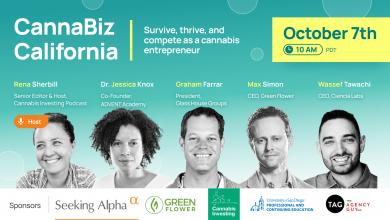 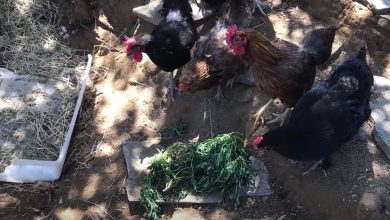 The latest revolution on the farm?- Alchimia Grow Shop