A mutation is a random change in the nucleotide sequence or in the organisation of DNA (genotype) or RNA of a living being, which produces a variation in its characteristics. DNA and RNA are polymers formed by long chains of nucleotides. For the most part, these changes only affect a single nucleotide or a very small DNA region of the billions of nucleotides that make up the genome, but they are responsible for the genetic variability that can be observed in all species. Without mutations, we would all be identical and, most importantly, there would be no possibilities for evolution and adaptation.

Therefore, using the simplest possible terms, mutation refers to ‘errors’ in the genetic code of cannabis which make plants develop differently than expected.

Why does a mutation occur?

DNA’s double helix structure contains a sugar-phosphate backbone and base pairs that are joined together through hydrophobic interactions. The changes within a DNA sequence take place during cell division, when the DNA machinery makes a mistake that cannot be corrected. Cells have repair mechanisms that check all base pairs (adenine paired with thymine, and cytosine paired with guanine); but these mechanisms can occasionally make a mistake and produce an incorrect match that leads to a mutation.

However, some mutations go completely unnoticed, as the mismatched base pair will continue producing the same amino acid (this is known as the ‘balance hypothesis’). Besides, mutations can occur in many different ways: base insertions, deletions, or substitutions.

How can a mutation affect cannabis?

A mutation can be either beneficial or harmful, or can even go unnoticed. All living creatures, including cannabis plants, must comply with certain criteria regarding their genetics and DNA in order to grow properly and be sustainable.

The DNA changes in a plant can affect many areas, including its structure, colour, leaf shape, germination rate, bud location, general yielding capacity, photosynthesis capacity, and many more. However, most mutations that don’t cause a deformity make the plant grow in an unusual way but without compromising its health.

This means that mutations can cause your cannabis plants to grow leaves in different colours, an odd amount of apices, or even more branches than they should. The truth is that, even though most growers would rather grow plants that aren’t deformed, watching a mutated cannabis plant grow can be educational and entertaining at the same time.

Polyploidism can occur naturally from germination as a rare mutation caused by errors ocurred during cell division; but it can also be induced by a highly toxic chemical called colchicine.

How do mutations in cannabis reproduce?

An example of how mutations reproduce can be seen in Australian Bastard Cannabis (ABC), which is a really strange cannabis mutation that causes the plant to develop small, smooth, non-serrated leaves. This rare strain is supposed to have been first spotted somewhere in Sydney during the 1970s. Even though it originally presented very low THC levels, growing efforts have greatly increased its cannabinoid content ever since.

The unusual size, shape, and texture of its leaves make ABC a great option for anyone wishing to grow marijuana discretely, as it is highly unlikely that passers-by would recognise it. Several clandestine growers who experimented with this strain reported crosses that in fact had similar characteristics to vine plants, including the ability to produce stems that spiral together. This mutation seems to be extremely rare and doesn’t seem to have been observed beyond these few anomalous cases.

Beyond its rarity and extremely unusual appearance, the vine characteristic doesn’t seem to be too advantageous for cannabis and has never been developed in commercial strains. Moreover, its leaf anatomy unfortunately seems to be produced by highly recessive genes, and all attempts to stabilise this feature have so far failed.

Nevertheless, much care is also required when trying to isolate these mutations in order to introduce them in modern strains. There is the potential to create a whirlwind of unwanted mutations that could propagate through the cannabis genetics.

We love all cannabis plants, but some of them stand out for their amazing look. Either for their leaf shape or growth pattern, some strains develop unique traits that really differentiate them from the rest, capturing the interest of growers and breeders around the world. In this post, you’ll see some of the most spectacular marijuana varieties you can find!

So when a breeder discovers a mutation, they cross it until the random mutation reproduces constantly in the full strain, with descendants that can always develop the same mutation. In any case, this is a really delicate procedure that is very hard to achieve.

Marijuana seeds are created by sexual propagation and contain genes from both parents. This makes the seed, and the plant that grows from it, genetically unique. But cuttings cannot change their genetic footprint because a cutting is an exact replica of a mother plant, with even the same cellular age: a one-week-old cutting taken from a two-month-old mother plant is in fact two months old as well.

Taking cuttings from a cannabis mother plant is an indisputably simple way of obtaining identical cannabis specimens. In those countries that are further along in the legalisation process, this is currently the most predominant method for cannabis cultivation. In a commercial context where users demand consistency, this truly is a gift.

However, there are rumours amongst experienced growers that cuttings lose potency with time. Some believe that this is the result of clonal degradation, i.e. the notion that cannabis clones grow away from the mother plant’s genes in later generations, which results in weaker plants that are more susceptible to pests and fungi and have lower yielding potential.

Others point out that genetic mutations can occur in cutting populations as they grow, and can be transmitted through the very same cuttings. Even though peer-reviewed studies that explore the complexities of cannabis botany are still few and far between, some research studies suggest that phenotypic variation in the cuttings of cannabis plants (i.e. variation of physical characteristics) is due to sporadic mutations in the DNA sequencing.

In fact, an evolutionary genetics theory known as ‘Muller’s ratchet’ predicts that the genomes of asexual populations (cutting populations) are doomed to irreversibly accumulate ever-increasing harmful mutations, that inhibit the plant’s capacity to grow and thrive. Some interpret this as a type of poetic plant justice: that it is in fact the way in which nature shows its preference for sexual reproduction in plant populations.

The Ultimate Guide on Microlink Extensions and Black Hair 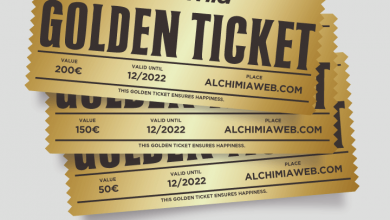 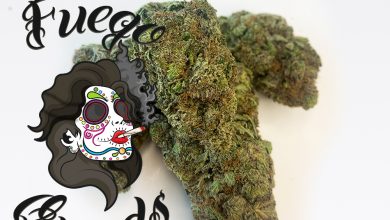 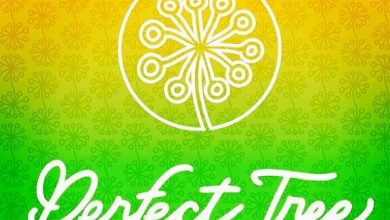