Russia says it found proof during its “special operation in Ukraine” that the U.S. was working with Ukrainian laboratories to develop bioweapons.

The U.S. denied the renewed Russian accusations, calling the claims “laughable” and counter claiming that Moscow may be laying groundwork to use chemical warware in Ukraine, according to a Reuters report.

“We confirm the facts, discovered during the special military operation in Ukraine, of the emergency cleanup by the Kiev regime of traces of the military biological program, carried out by Kiev with funding from the US Department of Defense,” Russian Foreign Ministry spokeswoman Maria Zakharova said in a March 9 statement.

Zakharova stressed that such activities violate the Biological Weapons Convention and that Russia may open a hearing on the issue.

Russian officials and media have also claimed in recent days that Ukraine was planning to build a so-called dirty bomb – which disperses radioactive material. Meanwhile, Russia’s foreign minister has claimed Ukraine had been seeking nuclear weapons.

Russian media are now controlled by the government, which has sanitized its war using the term “special military operation.” All news coverage must align with that message, New York Times reported. Words like “war” or “invasion” to describe the actions of the Russian military in Ukraine are forbidden under a new law that President Vladimir Putin signed on Friday. Any new coverage the government deems “false information” about the military campaign is punishable by up to 15 years in prison.

China, which has emerged as a critical ally of Russia amid its growing isolation internationally, has previously made similar claims about the U.S. developing bioweapons. Russia’s Ukraine bioweapons claim opens a new front in China-U.S. tensions, according to the Alibaba-owned South China Morning Post.

The U.S. Defense Department refuted new accusations from Russia that the U.S. has a biological weapons lab in Ukraine, blasting a “false narrative” that Moscow is using as a pretext for continuing the invasion there.

“This is a piece of the Russian playbook here,” U.S. News quoted a senior defense official who spoke on condition of anonymity. “Claim they’re the victims, create a false narrative to try to justify their own aggressive actions.”

Victoria Nuland, a senior State Department official, told U.S. lawmakers at a hearing that it’s true Ukraine has biological research facilities, and that the U.S. is concerned the Russian army could take control of.

“So we are working with the Ukrainians on how they can prevent any of those research materials from falling into the hands of Russian forces should they approach,” Barron’s quoted Nuland as saying.

Photo: A researcher picks up a lab rat at the former biological weapons development institute in Obolensk, Russia, Nov. 28, 2001. Russia and the U.S. agreed to collaborate on biodefense research after anthrax attacks killed five people in the U.S. (AP Photo/Misha Japaridze)

Medical Debt Is a Nationwide Problem, But Black Business Owners Could See Their Bottom Line Impacted Because of It 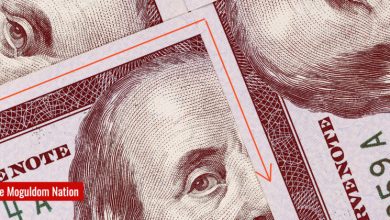 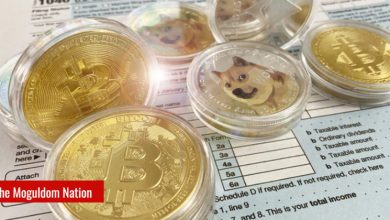 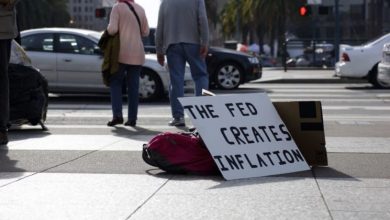 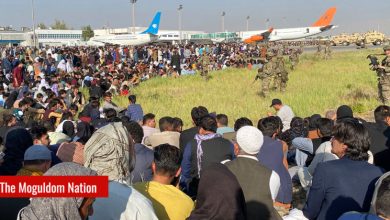 US Government Leaves Behind Destruction Wherever Military Goes, Not Construction