CBS News senior foreign correspondent Charlie D’Agata has apologized after he said on air during a Feb. 25 broadcast that the war in Ukraine can’t be compared to wars in Iraq and Afghanistan because the Eastern European nation is more “civilized.”

Reporting from Kyiv, Ukraine, D’Agata, who is white, said that Ukraine “isn’t a place, with all due respect, like Iraq or Afghanistan, that has seen conflict raging for decades.

“This is a relatively civilized, relatively European — I have to choose those words carefully, too — city, where you wouldn’t expect that or hope that it’s going to happen,” he continued.

A veteran journalist, Massachusetts-born D’Agata began his career in 1992 in London as an assignment editor for ABC News and has been based in the CBS London News Bureau since 2011.

On Feb. 26, D’Agata apologized on the CBS streaming network after his comments, which were slammed as racist and historically inaccurate, went viral with more than 1.5 million views on Twitter, The New York Post reported.

“I spoke in a way I regret, and for that I’m sorry,” he said, adding that he was trying to convey that Ukraine hasn’t seen “this scale of war” in recent years, unlike other countries.

“You should never compare conflicts anyway, each one is unique…I used a poor choice of words, and I apologize for any offense I may have caused.”

Countless people on social media pointed out that Iraq has long been called the “cradle of civilization” because ancient Mesopotamia (now Iraq) is where “civilization,” by Western terms, emerged.

The Arab and Middle Eastern Journalists Association (AMEJA) released a statement citing D’Agata’s remarks as one of several examples of “racist news coverage that ascribes more importance to some victims of war over others.”

In addition to accusations of racism, several critics called out D’Agata’s inaccurate implication that this type of conflict has been limited to countries in the Middle East, Africa, and Asia, pointing to wars in Europe in the 1990s, The Huffington Post reported.

“This nation & its people are bathed in white supremacist viewpoints yet trying to explain this to people who don’t get it is like trying to explain the concept of ‘wet’ to a fish. This commentator’s perception and framing of ‘civilized’ vs ‘uncivilized’ is a perfect example,” tweeted James Baldwin was a genius @incogneglo.

Photo: In this June 21, 2015 photo, left, returning refugees pass a damaged house in Tikrit, 80 miles north of Baghdad, Iraq. The United Nations said the number of displaced within Iraq due to Islamic State group violence and fighting has exceeded 3 million, a grim milestone for the war-battered country. (AP Photo/Hadi Mizban) / Photo: A father hugs his daughter, right, as the family reunite after fleeing conflict in Ukraine, at the Medyka border crossing, in Poland, Feb. 27, 2022. Since Russia launched its offensive on Ukraine, more than 200,000 people have been forced to flee the country to bordering nations like Romania, Poland, Hungary, Moldova, and the Czech Republic in what the U.N. refugee agency, UNHCR, said will have “devastating humanitarian consequences” on civilians. (AP Photo/Visar Kryeziu) 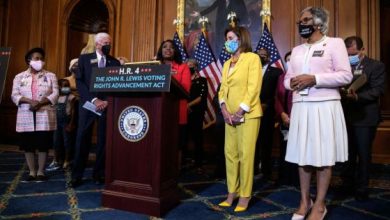 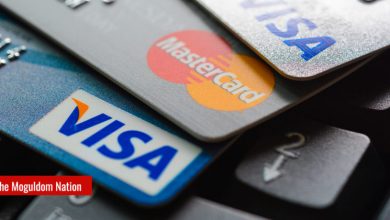 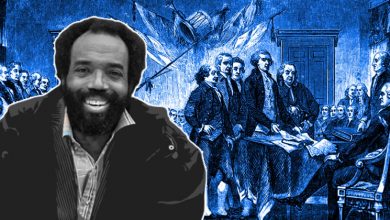 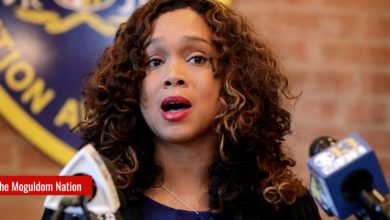