Tory Lanez has denied being involved in an altercation with August Alsina after the “No Love” singer claimed Tory assaulted him after he came off stage on Saturday night (Sept. 17).

August alleged that the Canadian crooner snuck him before hiding behind his armed bodyguard. He claimed Tory was extra “turnt” after “hitting a blunt laced with cocaine,” and assaulted him because he refused to dap him up.

He took to Instagram to share photos of his gruesome injuries, allegedly caused by Tory Lanez. August also added a lengthy caption describing what he claimed was “never a ‘fight’’ but “simply an assault.”

According to August Alsina, Tory Lanez, whom he described as a “4’11 sized leprechaun,” “ran down on me,” following his show. He explained that he was a fan until Tory spoke about his business publicly. August said Tory “caught me off guard,” and “I assumed he didn’t like me.”

August claims “no disrespectful words were exchanged” during the conversation. However, “he snuck me when I turned my head to move to the side,” before running away. “There was never a “fight”!,” August Alsina stated. “Simply an Assault. Dude has no real friends, and is on a crash out mission.”

The New Orleans-bred singer said he “was gone keep it G & not come to the net,” but claimed Tory was “feeding falsities to blogs.” Check out his lengthy post below.

He also shared via Instagram that he’s “not in anything negative,” and has been working on self-improvement. 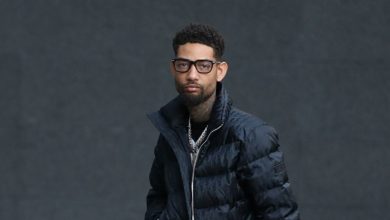