Memphis CEO DiAne Gordon, 61, was sentenced Sept. 12 to three years in prison on charges of fabricating hundreds of water monitoring reports and submitting fraudulent documents to state regulators in Mississippi and Tennessee since 2017.

Gordon was the co-owner and CEO of Environmental Compliance and Testing (ECT), a company that presented itself as a full-service environmental consulting firm offering sampling and testing of stormwater, process water and wastewater.

She has been charged with submitting at least 405 false lab reports and chain of custody forms from her company in Memphis to state regulators since 2017, according to a Department of Justice press release.

In the press release, the DOJ said law enforcement and regulators “quickly” determined that Gordon had been involved in fraudulent water testing. However, the DOJ did not say how Gordon was able to fabricate at least 405 false lab reports without detection.

The ECT environmental firm was founded in 2012 to help clients with regulatory permits and compliance. One service it offered was sampling and testing stormwater, process water, and wastewater so that clients — many of them concrete companies, according to the DOJ — can comply with the Clean Water Act, a 1972 law enforced by the Environmental Protection Agency (EPA).

Gordon claimed she gathered and sent the water samples to a full-service environmental testing laboratory. Instead, she fabricated test results and forged documents from a testing lab, then billed her clients for the sampling and analysis.

In October 2021, Gordon pleaded guilty to the charges. An ECT spokesperson said at the time the company was not affiliated with Gordon’s illegal activities and did not condone them.

“We were unaware that she was doing this, and they are sentencing her as an individual, not our company,” the ECT spokesperson told Memphis Business Journal.

ECT was tied as the 12th largest environmental consulting firm in the area, with five local environmental employees, Memphis Business Journal reported in 2021.

On her LinkedIn page, Gordon describes herself as “Determined, self confident, capable, comfortable with myself. Earn a living in a respected position without spending all my energy on my work. Work to live, I do not live to work. Main goal is to spend as much time with my family & my Lord as I can.”

Gordon was facing up to five years in prison. She was sentenced by U.S. District Court Judge John T. Fowlkes Jr. of the Western District of Tennessee. In addition to prison time, she must pay $222,388 in restitution.

“Today’s sentence appropriately reflects the harm caused by Gordon’s betrayal of her position of trust and her fraud upon her customers, the regulatory authorities, and the citizens of Tennessee and Mississippi,” said Assistant Attorney Todd Kim of the Justice Department’s Environment and Natural Resources Division.

“Correct and accurate test results of discharges into rivers and streams and the honest reporting of those results to regulatory authorities are important parts of the (Clean Water) Act’s regulatory framework,” said U.S. Attorney Joseph C. Murphy Jr. for the Western District of Tennessee. “Without accurate test results and reporting of those results, the Clean Water Act will not work as Congress intended.”

Gordon’s sentencing comes at a time when growing numbers of Black communities are demanding accountability for unsafe drinking water.

Most recently, historic rainfall that flooded Mississippi’s Pearl River was blamed for causing a key pump to fail at the O.B. Curtis water treatment plant, which provides the capital city of Jackson with its drinking water. A severe drop in water pressure left 150,000 residents without safe drinking water.

But the Jackson water system was broken long before the recent flooding, the Washington Post reported. Jackson — population: 82.47 percent Black — has endured years of boil orders and periodic water shutdowns due to burst pipes and high lead levels.

There are many (majority White) areas of Mississippi where water and sewer systems are well-maintained, so such crises do not occur, Washington Post reported. “In fact, Mississippi has a long history of white political leaders purposefully, and sometimes illegally, steering needed funding away from Black communities. In response, Black Mississippians have demanded access to clean water and public services, recognizing that these are fundamental civil rights issues.”

The water crisis in majority-Black Flint, Mich., gained widespread public attention eight years ago and is still unresolved. And children in Baltimore’s majority-Black public schools have been unable to drink the tap water for years.

As record droughts and historic floods stress water infrastructure systems around the U.S., experts warn that what happened in Jackson may be just the beginning. Mami Hara, the CEO of US Water Alliance, blames climate change and systemic disinvestment in water infrastructure across the country, NPR reported.

In 1984, David Steward Borrowed $2K From His Dad To Venture Into Entrepreneurship — Now He's The Majority Owner Of A $14.5B Company 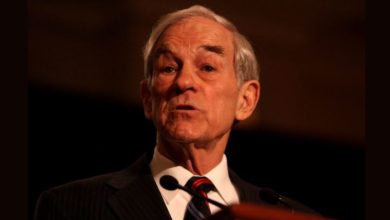 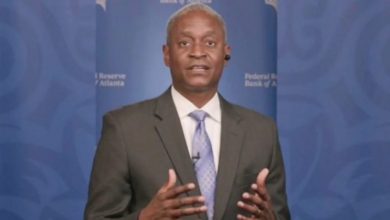 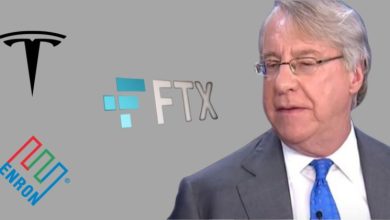 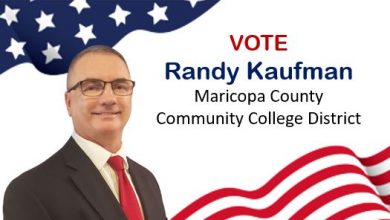