If like us, you’re a keen grower, then you’ll be acutely aware of how the cold can affect your plants, whether we’re talking about the slow growth of plants in an unheated indoor grow tent during winter or those last few outdoor plants that don’t quite manage to mature before the first frost and end up succumbing to the cold. But, despite the negative effects it can have on cannabis, the cold is essential to the success of many plants and plays a fundamental role in their proper development and in key functions such as germination, growth and flowering.

You’ve probably heard of stratification, whereby the seeds of some plant species will remain dormant until they have been exposed to an extended period of low temperatures. This is an evolutionary adaptation to ensure the seeds don’t germinate until the cold winter is over, thus greatly increasing their chances of survival. This is the case with many wild-type cannabis varieties, (better known as landrace genetics), which will have much higher germination rates after a period of cold storage.

Vernalisation is another example of the vital role played by the cold in plant development, and it’s this process that we will be looking at today. It can be defined as the acquisition of competence to flower as a result of exposure to prolonged cold. This means that plant species that require vernalisation must pass through a period of cold weather – up to several months at temperatures of between 1ºC and 7ºC – before they are able to begin flowering and finish their life cycle. Without the cold weather to trigger them, these plants would remain in vegetative growth indefinitely.

Why do some plants need vernalisation?

Vernalisation is an evolutionary adaptation that allows flowering plants to get a head start over their competition when the growing season starts in spring by germinating and starting their development in autumn before the cold of winter arrives. But this impending cold weather poses a problem to young plants as they start off in life. If the plants continue growing and start to flower during winter, the most likely outcome will be that the flowers or fruit will be destroyed by the harsh conditions of winter: rain, snow and freezing temperatures, thus nullifying the plants’ reproductive efforts for the entire season.

To adapt to this threat to their reproductive capability, some plants have evolved the mechanism of vernalisation. This ensures that flowering and fruit production are delayed until early spring when conditions are much more beneficial for reproduction. Thus, the plant that has been slowly developing since the previous autumn can now focus its energy on flowering and producing seeds to ensure the ongoing survival of its species while most annual plants are still germinating or at the seedling stage. This gives it a competitive advantage over other plants, allowing it to finish its reproductive cycle for the year before non-hardy annual plants have even started to develop, and at a time when few other plants are flowering.

Similarly, and for the same reasons, many trees and perennial plants require a period of cold weather to release them from the bud dormancy of the winter. In other words, for the buds that developed in autumn to open and form leaves, they must be exposed to prolonged cold. Short periods of cold weather will not be enough to give competence to flower, or to release trees from bud dormancy, otherwise, these processes could be triggered by fluctuating weather in autumn, with disastrous consequences. To avoid this, these plants have evolved only to respond to the long periods of cold that are experienced over winter, ensuring that the reproductive process is inhibited until spring.

The effect of cold on cannabis plants

In this post we show you which methods you can use to avoid the cold in an indoor cannabis crop. There are various modes to keep a stable temperature during the winter so you can choose the resolution that best suits to your indoor or greenhouse
crop for personal use.

Typically, the plants that require vernalisation to induce the capacity to flower are biennials and winter-hardy annuals from temperate zones.

Biennials are plants that have a two-year life cycle, using the first year to build a healthy structure, storing energy in its roots to survive winter and then devoting the second year to reproduction, ie. flowering and fruiting. There are many biennial vegetable varieties, however, they are mostly grown as annuals, and are usually only grown as biennials when gardeners need to save seeds for future seasons. Popular biennials include beets, Brussels sprouts, cabbage, carrots, cauliflower, celery, chard, endive, kale, kohlrabi, turnip, leeks, onions, parsley and parsnips.

Winter-hardy annuals are started in autumn and the plants will overwinter before starting to flower in spring. Examples of popular winter-hardy annual vegetables are broad beans, peas and spinach. In the agricultural world, winter-hardy annual cereal crops play an important part in yearly grain production, filling a gap in the rotation that other crops can’t and taking advantage of winter snow and rain to grow, which means they tend to give much higher yields than summer cereal crops. Cereal crops with winter strains include rye, barley, wheat and triticale, all of which are also perfect for use as green manure cover crops to protect and enrich the soil over winter, as they can be terminated and incorporated into the soil well before running to seed.

How does vernalisation work?

Studies into Arabidopsis thaliana (considered by scientists to be a model plant for research) have been able to identify two genes whose expression makes vernalisation necessary. Plants that require cold to enable flowering have active copies of these genes, known respectively as Frigida and FLC (Flowering Locus C). FLC is a repressor that is activated in autumn and inhibits the expression of key genes in the flowering mechanism. Frigida, on the other hand, activates and elevates the level of FLC within the plant’s RNA. An extended period of cold weather has the effect of silencing the expression of FLC, leading to competence to flower.

The technique of vernalisation can also be employed to trick plants into a faster harvest than can otherwise be obtained. This is the case of winter wheat which, unlike spring wheat, requires 6-10 weeks of vernalisation for it to be able to flower and produce grain. It is traditionally sown in autumn so that the hardy young plants can overwinter and begin production in spring for harvest in early summer, requiring three seasons to pass from seed to harvest. In an effort to improve crop productivity, agricultural researchers have found that, by exposing the sprouted grains to carefully calibrated temperatures and a specific photoperiod, the time between germination and harvest can be drastically reduced. Using this technique, farmers were able to achieve as many as five cereal harvests per year where previously only two were possible.

Just as the cold weather causes vernalisation and gives plants competence to flower, heat can be used to reverse this process if and when its effects are counterproductive to crops. De-vernalisation is the plant’s reversion to its original nonflowering state via exposure to high temperatures. This is a technique used for young onion plants, known as sets, which are stored at very low temperatures to reduce spoilage and then sold as an easy alternative to onion seeds. This cold storage equates to their vernalisation, meaning that they would begin to flower immediately upon planting, something to be avoided if gardeners want to harvest good-sized onions. To this end, the sets are exposed to temperatures of just under 30ºC for 2-3 weeks before planting, returning them to a non-flowering condition so they can remain in vegetative growth and produce beautiful bulbs for the kitchen.

That’s it for our look at vernalisation, we hope that you’ve enjoyed reading it as much as we enjoyed writing it. As always, we’ll be happy to hear your opinions and answer any questions in the comments section below. 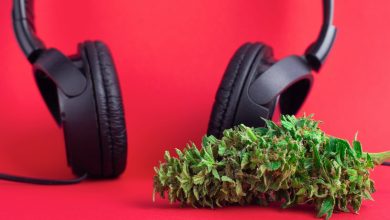 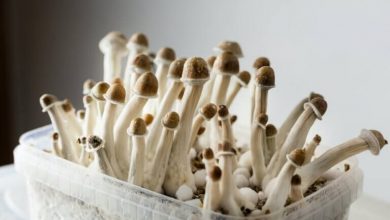 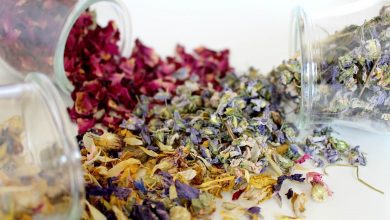 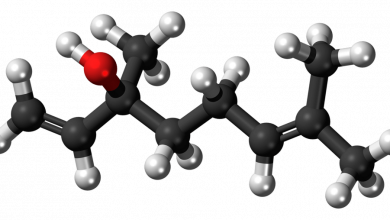 Linalool and cannabis, a terpene with a multitude of properties- Alchimia Grow Shop