Former pro-baller Deion Sanders made waves when he announced he was leaving his role as head coach at the historically Black Jackson State University to take the top job at the University of Colorado. The news sparked a debate on social media that is still raging.

Some were hurt and upset and Sanders’ decision, while others defended it. Sports host and analyst Bomani Jones articulated a sentiment shared by many HBCU graduates, students and supporters.

Jones said while he understood Sanders taking the Colorado job, he also understood why people are upset because the decorated football legend positioned himself as a savior to HBCU football.

“I don’t judge him for taking the job at Colorado … He did a lot of good work while he was at Jackson State, but all the bigger grandiose notions of what he was doing for somebody else, no. It was what it always is, he did it for Deion,” Jones said. “And that’s fine if you don’t tell us that you’re trying to do this for somebody else.”

“There’s room to criticize him for the way that he has left and for the fact that his initial rhetoric is not in line with his ultimate decision,” Jones continued. “I wouldn’t have come in the first place and said that God sent me here to fix HBCUs and God decided in the middle of it that you were supposed to leave … He sold a dream and then walked out on the dream.”

When breaking the news of his departure to his JSU Jaguars, Sanders told them not to enter the transfer portal without thinking it through because he didn’t want them to hurt themselves by making emotional decisions.

“What I don’t want you to do is thinking something is better on the other side,” Sanders told his soon-to-be former team. “Some of you I would like to have the opportunity to meet with some of you so you don’t go and jump in the [transfer] portal and you die in the portal.”

“I don’t want that to happen because some of y’all thinking it’s simplistic like that and it’s not,” Sanders continued. “That portal will be loaded on Monday and they’re going to call and they’re gonna ask … I don’t want you thinking since you have the Jackson State awards on you that people are just gon’ flock to you.”

On the contrary, when he first met with his new team in Colorado, he encouraged some of them to enter the transfer portal.

“We got a few positions already taken care of because I’m bringing my luggage with me and it’s Louis,” Sanders told the Buffs. “It ain’t gon’ be no more of a mess that these wonderful fans, the student body and some of your parents have put up with for probably two decades now. I’m coming, and when I get here, it’s gonna be changed.”

“So I want y’all to get ready to go ahead and jump in that portal and do whatever you’re gonna get because the more you jump in, the more room you make,” Sanders continued.

But what exactly is the National Collegiate Athletic Association (NCAA) transfer portal and how does it work? Also, does Sanders have a recruiting strategy that may silence his critics?

According to an article on NCAA.org, “The Transfer Portal was created [in 2018] as a compliance tool to systematically manage the transfer process from start to finish, add more transparency to the process among schools and empower student-athletes to make known their desire to consider other programs.”

In lay terms, the portal provides a more transparent, simplified and seamless process for student-athletes to declare their desire to transfer between NCAA member institutions and connects them with schools that may be interested in signing them.

“This is probably the best use of technology that I’ve seen in a long while,” said Dede Allen, associate director for compliance and academics at Alaska Anchorage. “Everybody who needs access to the information can get it. When a student-athlete wants to transfer, you are trying to help them, and the last thing you want to do is impede the process.”

Some believe Sanders may have a recruitment strategy for Colorado tied to the portal that may silence some of his critics.

Producer and podcaster Josh Newberg said a source has told him over 200 recruits reached out to Colorado through the portal.

“A source at Colorado tells me over 200 recruits and portal transfers have reached out in the last 12 hours. Some of them are 4 and 5-star caliber players,” Newberg tweeted on Dec. 4. “Deion Sanders has a chance to make some noise before Signing Day. NIL money is also rolling in, I’m told.”

USF wide receiver Jimmy Horn Jr. and Alabama wide receiver JoJo Earle are among the elite players who’ve already entered the transfer portal. They have not stated explicitly whether they intend to go to Colorado, but experts said Horn is a likely candidate.

“I have a feeling that tomorrow some big time player is going to send his coach into shock by announcing he’s going into the portal. Someone else will be promised a million dollars tomorrow. And someone will enter and wish they wouldn’t have,” Reed tweeted.

With a team that went 1-11 last season, Sanders has already expressed that he will be shaking up the roster in Colorado.

“I’m not gonna lie, everybody that’s sitting in front in the seats ain’t gonna have a seat when we get back,” Sanders told the Colorado team during their first meeting. “We’re bringing kids that are smart, tough, fast, disciplined with character. That’s the ones we’re gonna get. Is that you?”

Some criticized Sanders as being too harsh on his new team, but others, like former NFL player Tyler Polumbus, said it was exactly what the team needed to hear.

“The PC police are already offended that Deion put his team on notice day one,” Polumbus tweeted. “He said ‘some of you sitting in those seats won’t have a seat soon’ & he invited them to hit the transfer portal. College FB is a business! Win or go home. Best message he could have delivered day 1.”

PHOTO: Deion Sanders speaks after being introduced as the new head football coach at the University of Colorado during a news conference Sunday, Dec. 4, 2022, in Boulder, Colo. Sanders left Jackson State University after three seasons at the helm of the school’s football team. (AP Photo/David Zalubowski)

What's New With the Flu? Here Are 7 Things to Know 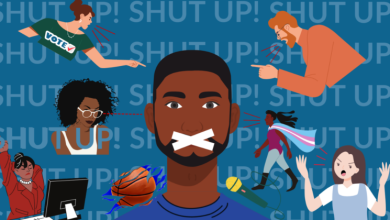 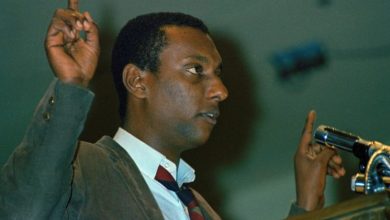 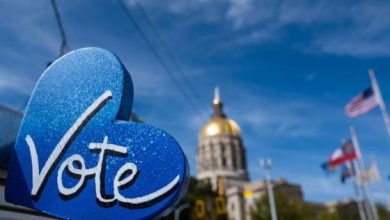 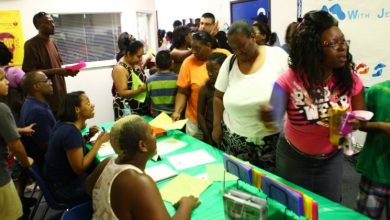 In 2023, Black People Must Stop Inviting White People To The Proverbial Cookout