Soon after he became chairman of the Federal Reserve in 1979, Paul Volcker pushed interest rates into the stratosphere, allowing the prime rate to rise as high as 21.5 percent in an attempt to get runaway inflation under control.

Volcker’s name is showing up increasingly in news reports as U.S. inflation jumps the tracks in the wake of covid-19 stimulus, supply-chain issues and other repurcussions.

By the end of the 1970s, the consumer price index was almost at a 20 percent annual rate with inflation out of control, thanks, in part, to quantitative easing at the beginning of the decade and an OPEC oil-supply shock.

Volcker’s efforts worked. Inflation ended but he has been blamed for creating the 1980-to-1982 recession, which saw the U.S. unemployment rate rise to more than 10 percent.

A Treasury Department official under Presidents John F. Kennedy, Lyndon B. Johnson and Richard M. Nixon, Volcker was nominated as Fed chairman by President Jimmy Carter in 1979 and again by President Ronald Reagan in 1983. He served as Fed chair until 1987. He is best known for an extreme and prolonged interest rate hike called the Volcker Shock. While some considered him courageous for raising the Fed funds rate to 20 percent in March 1980, others — including home builders, farmers and members of Congress — were infuriated by Volcker.

“Everyone was really after him,” said William Silber, author of the biography “Volker: The Triumph of Persistence” (2012). “There are famous stories of people even sending him their car keys because their car loans were so expensive.”

During Volcker’s tenure, the Federal Reserve endured the strongest protests and political attacks since 1922 due to the effects of high interest rates. Indebted farmers drove their tractors onto C Street Northwest in Washington, D.C. and blockaded the Eccles Building, Bernard Shull wrote in his 2005 book, “The Fourth Branch: The Federal Reserve’s Unlikely Rise To Power And Influence.”

Led by Volcker, the Federal Reserve board raised the federal funds rate, which had averaged 11.2 percent in 1979, to a peak of 20 percent in June 1981.

As the recession got worse in the early 1980s, Volcker received death threats and had to have Secret Service protection.

“We knew what he was doing and trying to do was not popula,” his son James Volcker said. “And I think the entire family knew that this was one of the things that comes with public service.”

Retired Congressman Ron Paul, a critic of the Federal Reserve, admired Volcker and said he was smarter than other Fed chairmen he’d interacted with including Alan Greenspan and Ben Bernanke.

In addition to fighting inflation, Volcker tried to limit the easing of financial regulations and warned that rapid growth of the federal debt threatened the nation’s economic health, New York Times reported.

Nobel laureate Joseph Stiglitz said Volcker was fired because the Reagan administration didn’t believe he was an adequate de-regulator.

Volcker’s last official job was chairman of President Barack Obama’s Economic Recovery Advisory Board, formed in response to the 2008 financial crisis. He pushed for strong new regulation of Wall Street and persuaded lawmakers to impose restrictions on big banks in what became known as the “Volcker Rule.”

Bankers hated the rule since it took effect in 2015, and in 2019, Republicans successfully eased the Volcker rule’s compliance burden on banks, MarketWatch reported.

In a 2017 MarketWatch interview, Volcker said that Wall Street had lost the discipline that came after the Great Depression. When he started his career, he said, bank executives wouldn’t pay bonuses to individuals because it created the wrong culture. “You can’t imagine a bank these days debating that,” he said.

Born with cerebral palsy, Volcker said his parents weren’t ones to shy away from hardship. Volcker died on Dec. 8, 2019 at age 92 after being treated for prostate cancer.

Could Working Out After Your COVID Shot Boost Your Immunity? 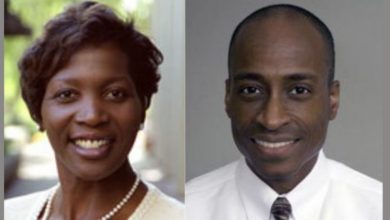 Where Do They Stand On Reparations? 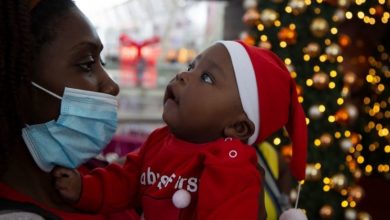 ‘They Are At Very Low Levels’ 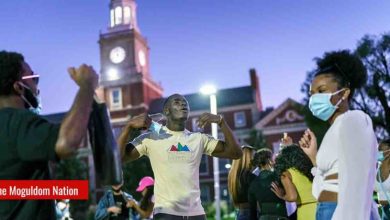 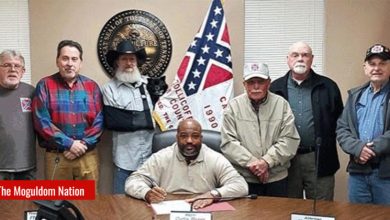