The cannabis that we consume today is much more potent than it was 40 years ago. If you follow the news about the industry you’ve most likely heard someone express some version of that sentiment. And it appears that the figures can confirm this: records show that, in the 80s, cannabis had THC levels of 2 to 5%, while today, we find many varieties that reach 20% THC on average, which backs up the claim that today’s cannabis is 4-5 times more potent than it was in the 1980s.

But to confirm this data we need to look at a legal market, where precise numbers are available for analysis. Christian Hopfer, a professor of psychiatry at the University of Colorado at Boulder, has led one of the largest and most long-term cannabis studies in history, allowing him to visit dispensaries all over the state of Colorado, where cannabis has been legal since 2012. He saw that there were varieties that contained approximately 25% THC, which made him reflect and go back to check records from the 80s, when plants used to have a THC concentration of between 2 and 5%.

Hopfer has not been the only one to verify this significant increase. After analysing nearly 39,000 different samples of cannabis that had been seized in the United States by the DEA between January 1, 1995 and December 31, 2014, researchers at the University of Mississippi showed that cannabis is much more potent today. They found that During that period, THC levels had tripled: while in 1995 they averaged 4%, by the end of 2014 this number had risen to approximately 12%.

This same report noted that currently the cannabis flowers available in North American dispensaries contained an average of 19.6% THC, with levels reaching as high as 30% in some varieties. Indeed, another 2020 study added that more than 92% of products sold in US retail cannabis stores contain THC levels of 15% or more.

European cannabis is also stronger than ever

The 2021 European Report on Drugs from the European Monitoring Center for Drugs and Drug Addiction (EMCDDA) also highlights a significant increase in the THC content of cannabis in Europe, as well as an increase in frequent use among Europeans and an increase in home cultivation during the COVID-19 pandemic. In fact, EU officials have warned that the cannabis resin sold in Europe “is more potent than ever“.

Data suggests that the production of Moroccan hashish, which is what mainly supply the European market, has moved away from the traditional ‘kif’ crops of indigenous landrace varieties to focus on high-THC varieties, leading to a marked increase in the levels of this cannabinoid.

The effects of these changes can be seen in the French cannabis market, as documented by a 25-year study of police seizures. From 2011 onwards, the authors reported a substantial increase in the potency of cannabis resin, driven by the emergence of a new kind of hash with a THC content of over 20%. Local (European) resin production using high potency cannabis varieties may also have contributed to the emergence of higher potency resin products in European markets.

With regard to flower-based cannabis in Europe, a small number of specific studies in countries with available data have also reported increases in potency. This was particularly true in the Netherlands, where the local cannabis flowers showed a marked increase in THC between 2000 and 2004, followed by a period of stability between 2005 and 2015, before again increasing up until 2020.

Researchers suggest that the higher market share of high-THC cannabis varieties being grown indoors may be the most likely explanation for the linear increases in cannabis potency that we observe in Europe. To summarise, a worldwide meta-analysis of flower-based cannabis potency reported annual increases (an average of 0.21% THC per year) from 1970 to 2009.

What are the reasons for this increase?

The main reason for the increase in THC can be attributed to the efforts of cannabis breeders and geneticists to increase the psychoactive properties of the plant and meet consumer demand for the highest potency herb possible. Particularly powerful varieties have even been developed, offering up to 30% THC. The notable increases in THC concentration and resin price from 2011 to 2016 are also consistent with the emergence of new concentrate production techniques in European and neighbouring markets.

Cultivators in both legal and illicit markets have focussed on THC potency over the last 25 years because consumers traditionally associate higher THC levels with getting the best deal for their money. Basically, when it comes to moving products in the recreational market, there are only two numbers that really matter: the price per gram and the THC content.

When a cannabis variety has more than 25% THC, it justifies a higher asking price, because there’s a much better chance that consumers will happily pay for it if they think they are taking the best weed available home with them.

The problem is that everything is wrong

Buying cannabis based on THC is almost as inadvisable as buying wine based on how great the label looks. Not only do THC levels have nothing to do with how “good” the weed is, but as recent research conducted by the University of Colorado and published in JAMA Psychiatry shows, THC content is also a poor indicator of potency. Because high THC cannabis doesn’t even get you “higher”.

Researchers from the Cognitive Science Institute of this university documented the experiences of 121 cannabis users. Half of the participants in the study were cannabis concentrate consumers (extracts with very high THC) and the other half preferred cannabis flowers. Both groups were given samples of different “strengths”: flower users tested buds with 16% or 24% THC, and extract users received oil with 70% or 90% THC.

The researchers analysed the blood of the study participants and monitored their mood, cognitive function and level of intoxication before, immediately after use and then one hour later.

As expected, those who consumed the higher potency cannabis had very high levels of THC in their blood after use. But they were no more stoned than the others. In fact, each participant’s self-reported psychoactive sensation was roughly the same, “as were their measures of balance and cognitive impairment.” This was not what the researchers expected.

“People in the high-concentration group were much less psychoactively engaged than we thought they would be,” said co-author Kent Hutchinson, a professor of psychology who studies addiction. “If we had given people such a high concentration of alcohol, it would have been a very different story.”

It’s the “entourage effect”, my friend

But how is it possible that the test subjects consuming products of such different “strengths” (up to 50% “stronger”) can report such similar psychoactive effects?

The short answer is a theory that cannabis scientists have been defending for years: that there are many more factors at play than just THC. In other words, judging a variety by its THC content is no different than judging a movie based on the lead actor, because the THC percentage will not be an indicator of the production or final experience.

There are a large number of cannabinoids (more than 100), including CBD, most of which are not even tested for. There are also aromatic compounds called terpenes that dictate how cannabis affects the mind and body. They all work together under a phenomenon known as the ‘entourage effect‘, which explains how cannabinoids and terpenes interact to modify the effects of each other and, in essence, create a more balanced overall efficacy. And that’s why terpenes have been revealed to be a vital piece of the puzzle in understanding the effects of cannabis.

The Entourage Effect: Synergy between cannabinoids and terpenes

Cannabinoids, terpenes, flavonoids and other compounds act together to modulate the effects of the cannabis plant in a synergy called “Entourage Effect”. In this article we tell you more about this interesting phenomenon.

The THC fallacy persists despite the best efforts

But let’s get back to the THC numbers. Cannabis researchers know that the concentration of this cannabinoid is not a valid indicator of effect. Cannabis growers and sellers also know it is false. And yet here we are. The market has simply not caught up, and dispensaries, by selling high-THC cannabis to satisfy misdirected demand, ensure that the misunderstanding continues.

It’s a real shame, because there are plenty of absolutely incredible cannabis varieties that are not sold because they don’t exceed 15% THC; Despite having an amazing terpene profile, the best smoke you have ever tried, there is simply have no demand for them, because when people go shopping, they look for two things: they look for the price and they look for the THC percentage.

And this is also dangerous for the consumer, as several lines of evidence suggest that products with higher concentrations of THC carry a greater risk. Observational studies have found associations between cannabis potency and problems related to addiction and mental health, showing dose-dependent effects of THC on cognitive decline, anxiety, psychotic-like symptoms, and addiction. And higher doses do more damage.

But science is unlikely to change any of this. It will take a long time for buyers to adjust their habits and realise that the THC content is not like the alcohol by volume on a beer label after all. Until they do, connoisseurs can take advantage of market inefficiency and purchase superior herb with lower THC levels at a reduced price. It will just take a little more work from the consumer.

But it will also require that growers of varieties with less THC see a high enough demand to keep them in business. And that, currently, is far from guaranteed. 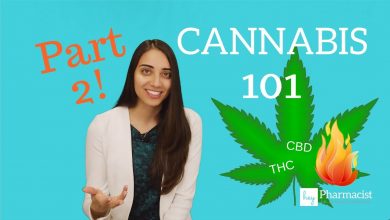 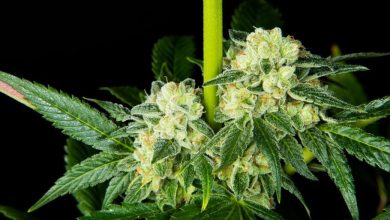 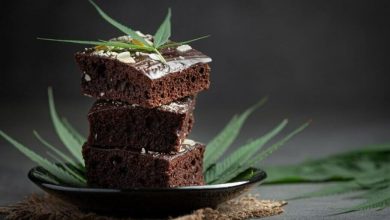