Looking to get rid of bags under your eyes? You may need to only look no further than TikTok. Peter Thomas Roth’s cosmetic eye cream products began selling out after a viral TikTok video showing someone using the product racked up nearly 50 million views.

Now, you may be asking yourself, who is Peter Thomas Roth and what’s so special about his eye cream products?

Well, it was when a 54-year-old woman by the name of Trinidad Sandoval posted a video demonstrating her eye cream on TikTok that everything changed.

“One of my friends always asked me, ‘What is that ‘eye crack’ that you put on your eyes?’ We call it my ‘eye crack,’” she said. So she decided to use TikTok to show off the product: Peter Thomas Roth’s Instant FIRMx Eye Temporary Eye Tightener. In the three-minute video, she applies it to one of her under-eye bags, which disappears to a level that appears almost miraculous.

TikTok users loved it, and the comments and likes poured in. Some questioned whether she’d edited the video, to which she said, “I wouldn’t even know how.” After the video went viral, social media “skinfluencers” including Muneeb Shah and Susan Yara weighed in.

Celebrities such as Gabrielle Union-Wade were also just as stunned and reposted the now-viral video (see below).

Sandoval said she had signed up for TikTok last year to watch her Gen-Z nephew’s videos. “I got the courage to do my first video four or five days before this happened.”

According to her, she wasn’t intending to share her skin-care secret with the entire world. “I thought TikTok was like Facebook and only my friends could see it,” she said. She mentioned that is was just meant for her approximately 70 followers.

But, as she soon discovered, it was being seen by more people — far more. She posted the video before her shift as a member of the housekeeping team in the labor and delivery unit at a hospital in Springfield, Missouri. When she ended her shift at 10:30 p.m. that night, the video had started to go viral. Within 24 hours, it had become a new TikTok sensation.

It is now over 24 million views and nearly 5 million likes. Sandoval’s follower count has grown to over 128,000 and continues to grow.

“This is a 10-year-old product,” said Peter Thomas Roth, the brand’s founder and CEO. “For the last 10 years, I have done so many before-and-afters, and hers is the one that went crazy.”

How Does Eye Cream Work

As the Journal of Cosmetic Dermatology notes, some studies indicate that certain anti-aging eye treatments can, indeed, help improve under-eye smoothness and reduce the depth of larger wrinkles.

The firming eye cream is now sold out or listed as on backorder at all retailers. The exception is Peter Thomas Roth’s DTC site, where there is an alert of extended shipping time. According to Roth, the brand will be shipping out orders of the product to retailers this week, but by Wednesday, it will be out of stock. It will take a “few weeks” to produce more of it at its U.S.-based facility, said Roth, with production times slowed due to the pandemic.

He estimated that the amount that sold within less than a week is equivalent to what would normally sell in six months. The brand also ran out of shipping boxes, ink and insert cards for its own DTC orders.

Since last week, Sandoval has been fielding media requests — including from national television shows — in between work shifts at the hospital, which is understaffed due to the Covid-19 surge.

“It’s still so surreal right now. I’m just in shock,” she said. She first discovered the product around a year and a half ago when a Sephora store associate recommended it to her.

A cancer survivor who had undergone weight-loss surgery, she was honest about her insecurities about her face after surgery. “I cry in the mornings when I look at my face,” she said. “My bags are my biggest insecurity, so this is very hard for all these people to see my face like this,” she said.

Sandoval said she has had comments pour in from women thanking her for being so open. “What has made it really worthwhile is getting so many messages from women saying [under-eye bags are] their biggest insecurity and that they’re trying the product,” she said.

Going viral has also “been a blessing in my family, considering what’s going on right now; it’s been a beautiful distraction, basically,” said Sandoval. She said that, in November, her brother came down with Covid-19 and fought for his life on a ventilator, suffering a massive stroke. He is still recovering. “He is a walking miracle today. The doctors told us that he would

Gianni Cures Shares His Journey to Success in the Music Scene 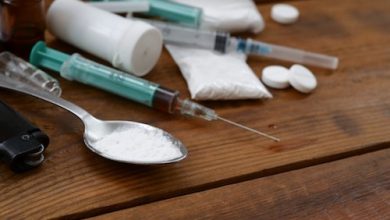 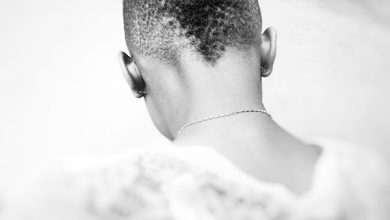 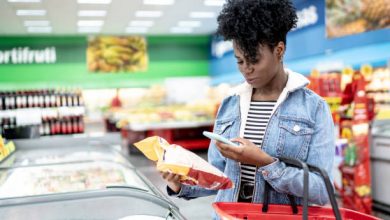 5 Red Flags you Shouldn’t Ignore at The Grocery Store