We recently offered a definition of project-based learning and looked at keys to designing Project-Based Learning.

And have shared some practical ideas for better teaching through project-based learning as well.

What might be missing from these posts, however, are simply the characteristics of project-based learning in the 21st-century. What does it look like? What might be evidence that it’s happening consistently? What needs to be built into every project–or the design of the required curriculum–so that students can shift from a mere ‘project’ to a thoroughly modern learning experience that runs parallel with the connected world they live in?

We tend to think of project-based learning as focused on research, planning problem-solving, authenticity, and inquiry. Further, collaboration, resourcefulness, and networking matter too–dozens of characteristics ‘fit’ into project-based learning. Its popularity comes from, among other characteristics, its general flexibility as a curriculum framework. You can do, teach, assess, and connect almost anything within the context of a well-designed project.

But what if we had to settle on a handful (or two) of itemized characteristics for modern, connected, possibly place-based, and often digital project-based learning? Well, then the following might be useful.

8 Needs For Project-Based Learning In The 21st-Century

Or connectivity. Interdependence–however you want to phrase it. The idea is, what does this project connect to? A community? A hope? An app? An existing project already in place? A social challenge? Some kind of conflict? Something downright unsolvable?

Through connectedness, students can then identify a proper scale to work within. (In fact, ‘Scale’ could well be an item of its own.)

‘Meaning’ is always first personal, and then academic (if it becomes academic). This kind of meaning requires authentic audiences, purposes, and collaboration set in real, intimate communities that share history, space, and meaning with learners.

Diversity of purpose, scale, audience, digital media, potential resources, existing models, related projects, and so on require first analysis of these kinds of diversities on the part of the project manager–that is, the student.

This can also be a matter of differentiation–less diversity and inherent complexity for students struggling with certain strands of project-based learning as a kind of set of training wheels until they get their balance. And when they do? Add it right back in.

This one’s not sexy or compelling–this is a big part of the ‘work’ of any project.

Researching the history of an issue or problem. Understanding the subtleties of given demographic data. Analyzing the credibility of information. Seeing how technology can serve or distract you (or rather, them) from the meat of the issue. This kind of knowledge helps you turn a problem into an opportunity.

5. A Necessity For Creativity And Critical Thinking

Among other themes, the 21st-century is about niches, innovation, and scale–seeing an opportunity, and designing something that works on a given–and clear–scale.

Too often, however, creativity is encouraged without being required. Points are given and a column is added to the rubric and teachers ask for it explicitly but designing a project–or helping students design their own project–that fails without creativity is another thing altogether.

Lateral thinking, outside-the-box thinking, and taking the best from existing models are all part of 21st-century learning.

Perhaps the most modern of characteristics is the ability to be agile–to pivot as circumstances, data, and needs change. The world changes quickly, and the ability to adapt is an extraordinary sign of strength. Pivoting to a new digital media, audience, programming language, timeframe, purpose, or other parameter is crucial for 21st-century survival.

If a student is designing a kit that helps test water quality for third-world communities but instead finds instead a way to use Google Maps to help certain communities share water cleaning technology instead. This is a pivot and is how creativity works.

Building an app to help people find restaurants, but find out people use it more to set up lunch dates with friends? Pivot.

Trying to build an art museum, and find an incredible source of collectible books instead? Pivot.

When students can ‘pivot’ within the development of a project, it shows they’re able to see both the micro details and the macro context–which is a pretty remarkable assessment in and of itself.

This is ideally accomplished through an authentic purpose and audience, but there’s more to it than that.

The socialization of thinking by connecting, collaborating, publishing, and socially curating (see more on that below). Ideally, this would be done in multiple media forms and in multiple languages if possible. The English and Angle-centric image of education–and of edtech especially–is rapidly coming to a close.

Not all aspects of all projects need to be socialized, but for the sake of transparency and shared journeys in education, choosing something to share, socialize, and perhaps even collaborate on in the future can be powerful.

Crude curation is saving an email, favoriting a tweet, or pinning randomly to a board no one reads that students will never reference again in the future for anything.

Elegant curation is about saving a ‘thing’ while honoring the thing itself. Showcasing it without losing its meaning or fullness. Somehow capturing both that which is being saved and its context as well–and doing so in a way that makes it accessible to yourself and others as technology continues to change.

8 Needs For Project-Based Learning In The 21st Century 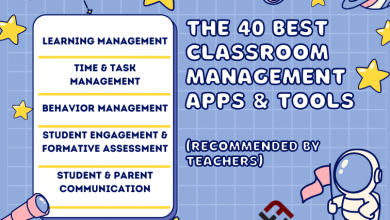 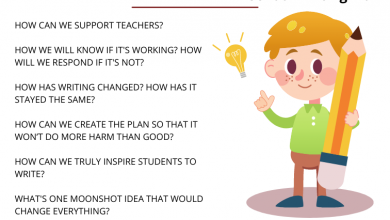 12 Questions To Help You Create A School Writing Plan – 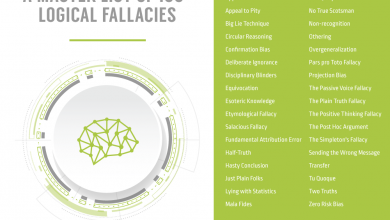 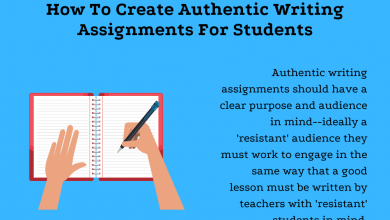 How To Create More Authentic Writing Assignments For Students |